2003 Improvements to the Panther Platform:

So far the car has been functioning perfectly, but there have been a few issues, as with all cars.  One of the first things I noticed was that the engine was getting greasy/dirty in the front with only 15 or 16K miles.  I suspect the Power steering pump.  Mercury Service says that is normal, but I don't believe it.  They were good enough to clean off the engine compartment there, so I can keep an eye on it.   Another irritant, was the way a tiny fly managed to find his way into the side marker light lens and get trapped.  The dealer said it could not be removed without great cost, and that it would just dissolve on its own.  But that is not happening.  I know it is all pretty minor stuff. 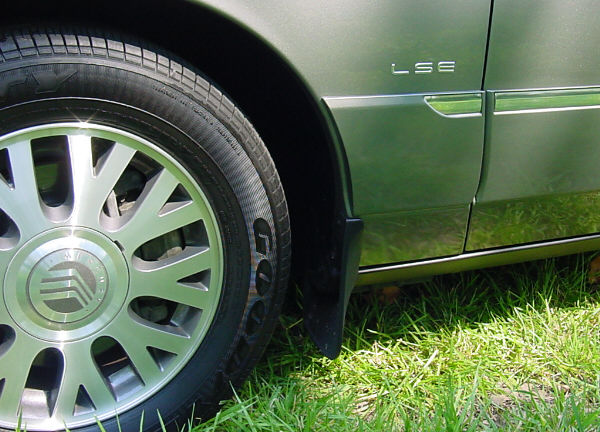 Mercury's Press at the introduction of the LSE:

"Building on an already successful platform, the Grand Marquis LSE offers both performance and classic refinement," said Tony Picarello, brand manager for Mercury Grand Marquis. "The size, power, comfort, convenience and luxury of the LSE are remarkable attributes, especially considering its price tag of $28,295 MSRP. I believe this package makes it one of the best values in its class." 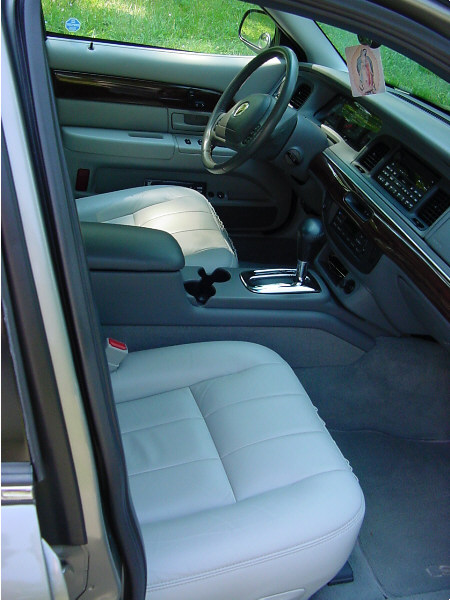 Introduced in mid-year 2001, the model was continued through 2002, and redesigned in 2003.  It was discontinued for 2004, and was re-introduced in 2005.  Technically, according to Ford it is a trim package, and is not specially designated in the VIN.  All LSEs are Handling & Performance Package (HPP) versions of the Mercury Grand Marquis LS model.  They are comparably equipped and outfitted with the Ford Crown Victoria's LX Sport model (with the exception of the rims)*, and they were both introduced at the same time.  The LSE name in not new to Mercury, however, and was used on some earlier models.

Rarity of the LSE

LSEs are rare, and although an official count from Mercury has not been obtained. 2001s became available only as a mid-year entry, ensuring a low production number for them. 2002s were built throughout the entire model year, so it is likely that '02s had an even larger (or perhaps the largest) production run of any MY LSE.   I would be interested in hearing from anyone that has a production number for the '01 (a mid-year  only model) or the '02 LSE model years.

According to my Marti Report, there were only 3,089 2003s built. That figure would include any "job 2" LSE's for 2003 which might have been sold in Canada (In the US, LSE's were not available after December 2002, as it was only built for the first half of the model year.) But I know for a fact that Job 2 (post-December 2002) 2003 LSEs DO exist! Those models can be easily identified by the absence of the digital clock in the dash's wood trim, the body color "B" pillar, and the manual, non-remote gas filler door.

Supposedly there were no 2004 LSEs built.  But, as it turns out, that was not true in Canada! There were 167 (most likely all for Canadian dealers) LSEs built, according to a Marti Report [provided by Kevin Glynn], making them the rarest year of all!

LSEs were once again available in the US (their absolutely last year), so there were 533 LSEs built in 2005, another very low production year [Thanks to 'LTC_Dave' of CrownVic.Net for that Marti report.].